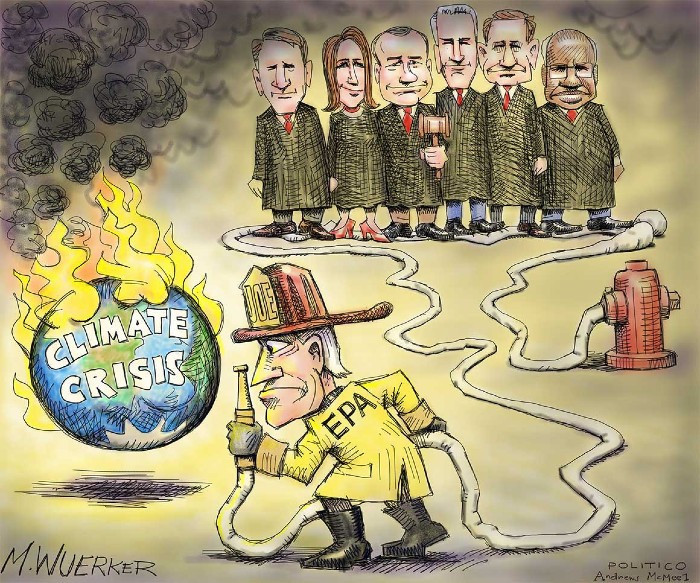 Welcome to POLITICO’s West Wing Playbook, your guide to the people and power centers in the Biden administration. With help from Allie Bice.

Every July, many White House officials quietly click on the same link: a publicly disclosed salary list featuring all their colleagues.

“It’s a fascinating little ecosystem,” said one White House official. “Between this and Legistorm [on Capitol Hill], people are just constantly checking each other’s salaries.”

Here are some things we noticed and White House officials told us:

The former mayor of Atlanta makes $50,000 less than her predecessor CEDRIC RICHMOND as the head of the office of public engagement — he made $180k to her $130k — and does not share his former designation as an “assistant to the president.”

West Wing Playbook asked the White House why, and an official said Lance Bottoms is classified as a special government employee. That means she technically is a temporary worker limited to 130 days — although there are exceptions to that complicated classification. So it’s possible Lance Bottoms’s tenure may be brief.

The bottom rung on salaries is full of “special assistants.” There are more than a dozen of them and almost all get paid $49,056 a year. But three special assistants are exceptions to that rule, signaling which offices have juice in the building.

“White House salary structure includes pay bands for all White House staff, which is a best practice for helping to achieve pay equity,” a White House official said in a statement. “Each pay band is associated with a set of skills and competencies and staff pay is commensurate with the level of skills they possess at the time of hire.”

3. BHARAT GETS A BUMP

A near constant frustration cited by White House staffers is that they often make much less than their counterparts at agencies and departments throughout the administration. The top salary for White House personnel is $180,000 but that is definitely not the top salary within the executive branch.

That discrepancy can sometimes contribute to a White House brain drain. But it can also lead to awkwardness when workers from Cabinet departments are temporarily detailed to the White House – a common practice.

The strange system also means some White House staffers make more than chief of staff RON KLAIN and the other top Biden administration aides, who all make $180,000. The senior policy advisor for transportation, LUISA PAIEWONSKY, makes $191,300, for instance. And the highest paid person in the White House is FRANCIS COLLINS, who makes $300,000 a year as the acting science adviser.

The White House has fewer staffers than it did a year ago. It employed 524 people last year – not including their unpaid commissioners charged with considering Supreme Court reforms – and 474 this year. That’s more in line with past White House staffing, whereas the previous year appeared to be a record, based on past disclosures.

Last year, we called that “bloated” but some Biden insiders reached out to us afterward to argue the White House should increase the staff count by several times given its decision-making has become increasingly centralized in the White House.

A White House official said in a statement: “The reduction in employee count was driven primarily by offboarding staff who were brought in explicitly temporary roles at the beginning of the administration (it is a typical practice temporary staff in the first year as an Administration gets situated) along with the ending of the Commission on the Supreme Court of the United States.”

TEXT US — Are you CAROLINE POESE, a White House senior records management analyst? We want to hear from you! And we’ll keep you anonymous if you’d like.

Or if you think we missed something in today’s edition, let us know and we may include it tomorrow. Email us at [email protected] or you can text/Signal/Wickr Alex at 8183240098.

MEA CULPA: In yesterday’s newsletter, we bungled the name of the mayor of Montgomery, Ala. His name is STEVEN REED. Our apologies to Mayor Reed.

Today’s question comes from reader AARON MANNES. Which president had his tumor on display for public viewing and where?

(Answer at the bottom)

It’s that time of the week again — cartoon feature time. This one is courtesy of our very own MATT WUERKER. He also publishes a selection of cartoons from all over the country. View the cartoon carousel here.

ANOTHER EXIT: West Wing Playbook assumed ANGELA PEREZ’s response to a White House pool report earlier this week was an accident. But maybe the press assistant experienced some senioritis because it was her last week on the job.

On Friday, press secretary KARINE JEAN-PIERRE announced Perez would be leaving the White House to serve as a deputy press secretary at the Department of Commerce. She’s the latest White House communications staffer to depart within the past several months, and the second to announce her departure this week alone. West Wing Playbook will have more on this next week…

WHAT THE WHITE HOUSE WANTS YOU TO READ: Our colleague BEN WHITE’s take on Friday’s jobs report, which was shared by White House chief of staff Ron Klain. “I will cease and desist all these jobs day tweets but it remains true that what we have to fear at the moment is fear itself. Sentiment about this economy is massively bad (mostly but not entirely because of inflation) but the economy is not actually massively bad. Or bad at all,” White wrote.

Klain did not, however, share other parts of White’s analysis about how White House officials are “in the unthinkable position of hoping for a hiring slowdown, which would give the Federal Reserve less incentive to crank up interest rates to cool the economy.”

WHAT THE WHITE HOUSE DOESN’T WANT YOU TO READ: This piece in the Wall Street Journal noting the recent price drops at the pump might not last for long. According to the article, prices “might rise again if demand from drivers increases and supplies are constrained.”

TWEET OF THE DAY: National Economic Council deputy director Bharat Ramamurit tweeted out a popular meme of R&B superstar USHER during an NPR Tiny Desk concert. It was a response to whether or not we’re in a recession, and in the clip, Usher sings, “Watch This.”

ABOUT ABE: In a statement Friday, President JOE BIDEN said he was “stunned, outraged, and deeply saddened” by the assassination of former Japanese Prime Minister SHINZO ABE, who was fatally shot while delivering a campaign speech. “This is a tragedy for Japan and for all who knew him,” Biden said. Our QUINT FORGEY has more.

FACT-CHECK: Biden was given two Pinocchios by the Washington Post’s GLENN KESSLER for claiming to have written “a number of law review articles about the Ninth Amendment and the — and the 14th Amendment and why that privacy is considered as part of a constitutional guarantee.”

The order directs the Department of Health and Human Services to expand access to abortion pills, amp up enforcement of Obamacare’s birth control coverage mandate and compile a group pro bono lawyers to help defend people criminally charged for seeking or providing the procedure. Biden had already asked the administration to explore many of these steps, but others remain vague on their exact mechanisms, our ALICE MIRANDA OLLSTEIN reports.

BUT, BUT, BUT: Bloomberg Law’s SHIRA STEIN reports that the administration had considered declaring a public health emergency following the high court’s decision. Some officials decided against the move because “it might be seen merely as a public relations maneuver and that it would draw lawsuits,” Stein writes. JENNIFER KLEIN, the director of the White House’s Gender Policy Council, acknowledged during Friday’s press briefing that an emergency declaration was still being considered.

UPON FURTHER INVESTIGATION: A federal investigation found that U.S. Border Patrol agents on horseback did not strike Haitian migrants at the Mexican border last year. The probe was prompted after pictures of the border agents using their reigns went viral. Investigators did conclude, however, there were “failures at multiple levels” during the incident, like a lack of supervision and inappropriate use of language, our MATT BERG reports.

UNDER PRESSURE: The Biden administration faces a deadline Monday on whether to expand Temporary Protection Status to an estimated 250,000 Venezuelans currently ineligible because they arrived in the U.S. after the March 2021 deadline. Democrats on Capitol Hill are putting pressure on the White House to implement those protections. More details from our SABRINA RODRIGUEZ.

Back when Keisha Lance Bottoms was the Atlanta mayor, she came under fire for posting a picture of some dry-looking mac and cheese.

Yes, you read that right! Bottoms posted a picture of the dish in December 2018 and people were quick to jump on how strange her casserole looked.

The Root’s MICHAEL HARRIOT even published a whole article ripping it apart, writing: “This is worse than colluding with Russia or obstructing justice. I hope she gets some cooking lessons because if I was running against Keisha Bottoms in the next election, I would show up at the debate with a pan of uncooked mac & cheese, and whenever she tried to talk, I would just stir it with a slotted spoon and let the sounds of the moistness drown her out, proving I am more than qualified to be mayor.”

Bottoms defended her mac and cheese at the time, however, tweeting:

GROVER CLEVELAND got a tumor removed from the roof of his mouth in July 1893, but kept the operation under wraps. The procedure was kept a secret until 1917, when WILLIAM WILLIAMS KEEN, JR., the surgeon who operated on Cleveland, wrote an article bringing it to light.

The tumor, palate, and teeth removed from the president were preserved and are on display at the Mutter Museum in Philadelphia.

A CALL OUT — Thanks to Aaron for this question! Think you have a more difficult one? Send us your best on the presidents with a citation and we may feature it.